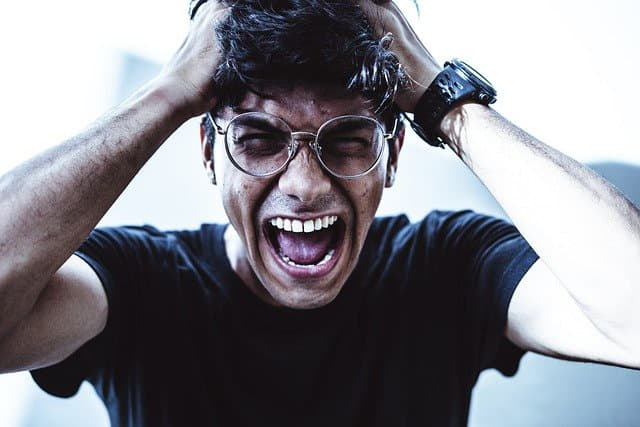 The world is enough in many instances to make us all mad enough to explode. How we all deal with our anger differs in all cases. Some of us repress our emotions and feelings, while others blow up and attack others. If the person behaves this way, he or she has an emotional interruption that leads to aggression. Anger in all aspects of the word is hatred toward a person, past influences and so forth. Often if a person has anger issues then he or she will need to see a therapist specializing in anger management.

Most likely, this person has been subjected to neglect, abuse and possibly a candidate for alcohol and drug abuse. If the person has a series of problems and no one is, addressing the issue the symptoms can be harmful to both the patient and others. Before treatment is effective, the person must be willing to admit he or she has a problem with anger. If this person is in denial most likely therapy will take longer, and in most cases, the patient rarely recovers. Many patients in denial will rarely visit a counselor until he or she becomes acquainted with the law and forced to adhere to treatment.

The downside is under all the hate the person has endured an area of life that caused the pain. When we think of the system we are always dealing with failures in the legal system, mishaps in mental health, and interruptions from society, and the list continues. It is difficult to never go through life without being anger at someone or something at some time. The key is learning to deal with anger and learning how to effectively announce your anger in light, without causing harm. For example, if you were dealing with a racist individual, which is enough to make anyone angry, you would want to throw some honey on the person instead of fueling the fire.

Throwing a bit of honey will often make a person back off and address the spark that sent the flames forward. What I learned when dealing with individuals with anger problems is they often have difficulty interrupting others. Therefore if a person makes a statement, or addresses an issue the person with the anger issues may feel that the other party is striking out at them. These types of people often feel like the world is focused on them and that everyone around is out to make them mad.

This is often stemmed from lack of education and dialect issues. There are many nationalities, race, class, ethnics, and so forth, and we all can’t understand everyone all the time, but we all can learn to understand everyone some of the time. One example can be seen when a man from Kentucky joined a speech class and sitting across from him was a Yankee. According to the instructor, the two men bickered and fought frequently until he sat them down and told them that dialect was the cause of their misunderstanding. The two men understood at this point and became best friends there after. Now these men applied anger but not to the point that a person with severe anger problems would have.

We can see severe anger by looking at Joe who tells Rick that he was not happy with his behaviors last night. Rick instead of saying explains to me what I did. Instead, Rick breaks out in a rage and strikes out at the man calling him names or even at times attempting to hit him. This anger issues should be addressed. Another incident were aggression is shown is when a woman is committing petty crimes and strikes out at others around her for their refusal to lie on her behalf. Let us say the woman becomes angry, kicks in the door, and yells like a stark raven manic. We know this woman has anger issues, but what was the root? The root then is her paranoia stemmed from her crimes and hates inside that makes her break out into a rage. The person is obviously in denial of her actions anyone addressing them is wrong according to her way of thinking. Therefore we see a need for anger management.

How to Be A Better Business Leader and Acquire the Skills You Need to Drive People and Your Business to the Pinnacle of Success.

What is An Infant Bed

GONIES OF MONOGAMY AGAINST POLYGAMY