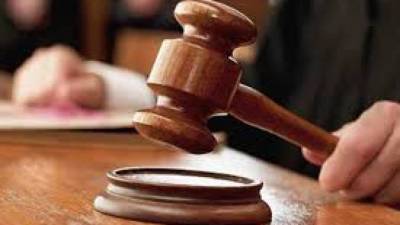 KUALA LUMPUR: Five men were sentenced to three months’ jail each by the magistrates’ court here today for criminal violence against a policeman who was conducting his duty to prevent the spread of Covid-19, following the Movement Control Order (MCO), effective March 18.

The court ordered all the accused to serve their jail terms starting today.

They had used criminal violence by throwing cans of liquor and arguing with Lance Corporal Mohd Adnin Che Ani, a police personnel in the course of performing his duties as a civil servant.

They were all charged with the offense at the Food Truck Site, Jalan Tun Mohd Fuad 2, Taman Tun Dr Ismail, here, at 5pm, March 25, under Section 353 of the Penal Code which provides for a maximum jail term of two years or with fines or both, if found guilty.

According to the facts of the case, on the day of the incident the victim was with his partner patrolling the area and advised a group of men, who were drinking alcohol, to avoid gathering in the open.

The victim ordered all of the accused to present their identity cards, however, two of the accused threw cans of liquor at him while another recorded the situation using his cellphone.

Deputy Public Prosecutor Abdul Khaliq Nazeri called for an appropriate punishment in the form of a deterrent sentence for their offenses during the MCO and to show the public that the court would not compromise especially during the current state of affairs in the country.

The five accused, represented by a lawyer from the National Legal Aid Foundation Erni Ahmad, appealed for light sentences as they were each supporting a wife and family.

Another man, B. Pavitrn, 23, was fined RM1,000 or two months in jail after pleading guilty to moving from a residential area in Danau Murni to a supermarket, a place in the area of infection without the intention of doing anything provided under Section 7(1) of the Prevention and Control of Infectious Diseases (Measures within the Infected Local Areas) Regulations 2020, at 3.20 am today (March 27).

The accused was charged under Section 7 (1) of the same regulation, which provides for a maximum fine of RM1,000 or imprisonment not exceeding six months or both, upon conviction. — Bernama

A simulation framework for recreating bat behavior in quad-rotor UAVs

The 7 Essential Characteristics Every Entrepreneur Needs

Should I Still Be Saying "I Love You" To My Separated Spouse?